What’s an Intermodal Container? Why That Name?

An intermodal container is a portable storage box compatible with travelling on various modes of transport. These include railways, ships, low-bed road transporters, and even cargo aircraft. They usually shift between different transportation modes via container depots. Hence, they also need to be compatible with lifting and moving gear in these facilities.

This flexibility requires a degree of standardisation virtually unrivalled in any other industry. Standard 6-meter and 12-meter intermodal containers can be stacked many times high on ships and in container handling yards. This makes them arguably the densest storage facility anywhere.

People have been carting luggage securely in suitcases and boxes for ages. From the 1830s onwards railways were carrying simple containers that loaded onto horse-drawn carts using cranes. These were simple, rectangular timber boxes ideal for transporting bulk materials especially coal.

The military was already using container solutions for transporting weaponry by the time WW2 erupted. However, intermodal container standardization really only took off in 1951, when the U.S. and European nations met in Switzerland to consider the possibilities of standardized container transport.

This meeting led to the introduction of ‘roller containers’ in various configurations capable of loading on rail, truck or ship. Various innovations followed in quick succession. These new developments included corrugated steel containers with skids and lifting rings, stackable versions, and lighter-weight materials. 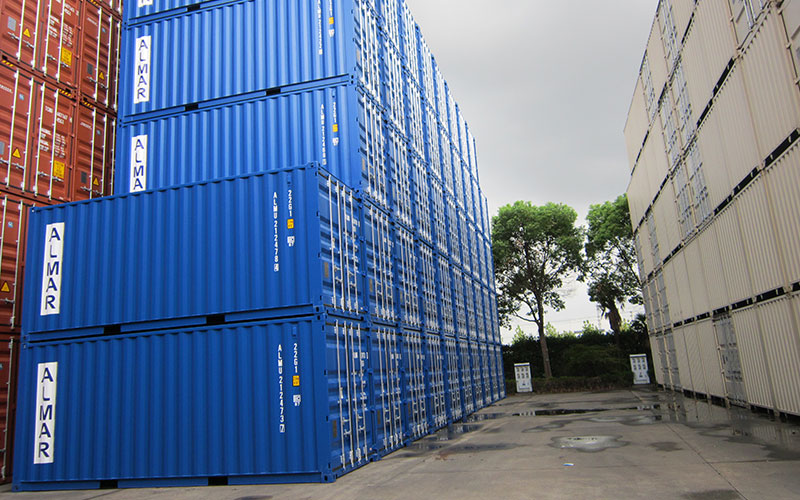 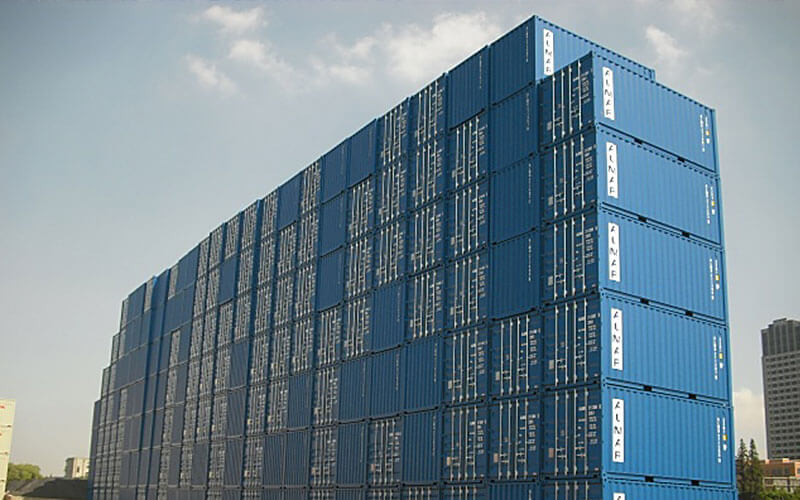 By the early 1970s shipping containers were travelling globally, although to the frustration of operators there were still various versions. Finally, the Inter-Governmental Maritime Consultative Organization intervened with a global standard for the safe transport and handling of what became known as the universal intermodal container.

This regulation required that every shipping container have an approved ‘safety plate’ recording age, registration number, dimensions and weights, as well as its strength and maximum stacking capability. There was considerable resistance from traditional dock workers although eventually, sheer logic had its day. 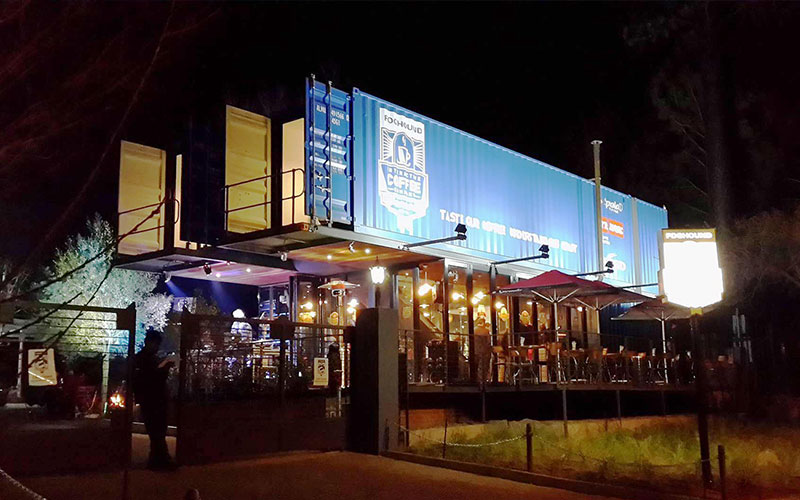 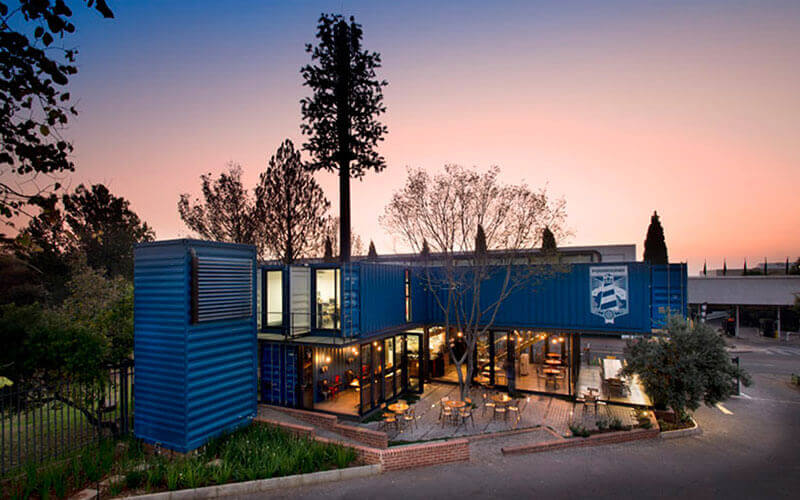 The stresses and strains associated with an intermodal container stacked ten times high are immense. Rigid safety standards condemn these storage boxes long before they are actually worn out. We saw the opportunity to recycle them for other, creative purposes.

The Almar Container Group supplies standard and purpose-adapted intermodal containers for beneficial reuse in Saudi Arabia, South Africa, Tanzania, Kenya, Uganda, and Dubai. Tell us what you need, and we’ll make it happen soon. We have applications for training rooms, ablution facilities, temporary offices, permanent homes and so much more.