The Appeal of Container Homes for Sale

Shipping containers have become an increasingly popular choice for housing solutions for many reasons, including the fact that they are cheaper and quicker to erect than brick-and-mortar houses, and imaginatively designed, they can have an appealing contemporary industrial style. They may also be designed for a minimalistic lifestyle look. But, whatever the design and style you opt for, container homes must comply with local building regulations. So when you see advertisements for container homes for sale, you need to evaluate compliance as well as aesthetics and functionality.

Of course, if you buy a container home from an established company that offers a construction or installation service, they will usually ensure that the conversion to a house – or office – meets the relevant codes and regulations. But some companies only offer containers for sale, and then it will be up to you to employ knowledgeable professionals who can advise on design and procedure. In South Africa, for instance, container homes aren’t covered in the country’s National Building Regulations. Instead, erection of the “building” will need to be carried out in accordance with an approved agrément certificate that confirms “fitness-for-purpose” of products, materials, and components that aren’t standardized in terms of South African National Standards.

Containers, dubbed “the strongest box in the world”, have been used for shipping for more than six decades. First used in the USA, they were – and still are – extremely strong, stackable, quick and easy to load and unload onto trucks, trains, and ships; they are simple to store, theft resistant, and they keep cargo clean and dry. Ultimately they revolutionized the transport industry and saved companies a fortune since in 1956 loose cargo generally cost US $5.86 a ton to load and only 16 cents (US) when a shipping container was used.

Although transport entrepreneur, Malcolm McLean is widely considered to be the father of the container, the precursor of his shipping containers was the Conex Box that was used by the US military during the Korean and Vietnam wars in 1950-1953 and 1955-1975 respectively.

It was also the US military that first identified the possibility of using shipping containers as habitable buildings. In July 1977, long before anyone had tried marketing container homes for sale, the US Department of Defense released a report titled, Shipping Containers as Structural Systems. It considered the feasibility of using containers for logistics and shelter, and for theatre of operations facilities. The researchers found that four 20 foot or 6-metre containers joined end-to-end in a certain way could save US $2.3 million on facilities. Furthermore, the design proposed would meet both snow and wind design loads that might be encountered anywhere in the world.

In August 1989, US inventor, Phillip C. Clark was granted a patent for a method he devised to convert steel shipping containers into habitable building, he described as a “novel product”. The method described was short and sweet and required the use of weight-bearing foundations at the ends of the containers. If more than one container was used these could be abutted side-by-side with parts of the side walls removed, or placed on top of one another. At least one door and one window, as well as raised floors and dropped ceilings, were incorporated in the design.

Advantages of Using Containers for Sale for Homes

Containers continue to be used for shipping all over the world, which has resulted in an increase in the availability of shipping containers. And their popularity for architectural use continues to grow.

The advantages of using container homes for sale for residential housing include:

Of course, any container homes for sale should be finished in terms of local building codes and regulations. This includes all elements that relate to ventilation, insulation, and heating, plumbing, and electrics. This compliance will ensure that your innovative new home is warm in winter, cool in summer, and will operate in an eco-friendly manner.

Almar Container Group operates in Africa and in the Middle East and has both new and old shipping containers for sale that may be used as a building solution for a wide range of uses including homes, offices, public facilities, and retail outlets. 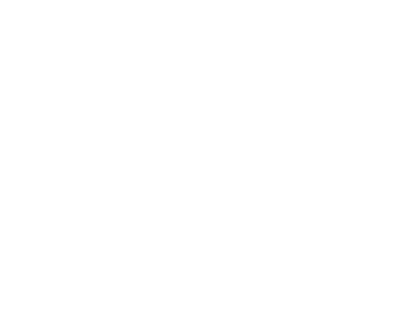